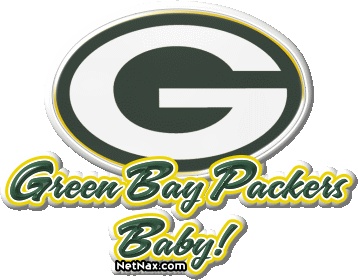 Just 15 months ago, I wrote the following:

As many of you may know I am a huge Green Bay Packer fan. Well Last night I watched my beloved Packers play their worst game under Aaron Rodgers. Nothing went right for the Pack. Let’s take nothing away from the Denver defense they played a great game. But the Packers had a very bad game.

After the game, Aaron Rodgers was quoted as saying ‘We didn’t execute the plan we had in place’. Another quote might fit in here. ‘Everybody has a plan until they get punched in the face’. Mike Tyson.

The Denver defense played a flawless game so that probably had something to do with it. But anyone who regularly watches the Pack knows this was a subpar game for them. On both sides of the ball.

Being a staunch Packer I believe they will be back. Stronger than ever.

They will regroup and Coach McCarthy will emphasize getting back to their plan. What makes them a great team needs to be reinforced to the players and staff. It requires discipline in both the good times as well as the bad times.

There is no need to panic and look for another solution. Coach McCarthy knows his system works and he will make sure the Packers organization to a man is committed to that system.

Well yesterday 1/15/2017 the Green Bay Packers under Aaron Rodgers did turn it around. Aaron was spectacular and the Packers are headed to the NFC championship game in Atlanta.

The results of that game are unknown of course. But I will be there cheering on the Pack regardless.

Investors need to follow this lead. They need a prudent portfolio one which they understand and believe in. Sometimes when times are bad they need a coach to keep them from panicking. It is a huge mistake to look for something else. Something that works better right now.

Like the Packers they need to ignore the media hype and focus on their long term goals.

Also like the Packers they need to understand what the process is and believe in it. Remember investors do not have to know everything about investing to succeed but they do need to know the right things.

To succeed long term in investing find an investor coach/fiduciary adviser that you believe in and learn whatever you can.

Then you must own equities…globally diversify…rebalance. And repeat until you die.