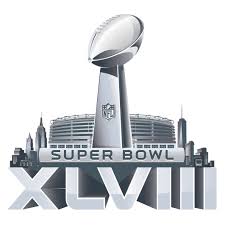 Well the 2017 NFL draft is complete. The media attention has been tremendous.

The ‘experts’ have come out with their evaluations of each teams’ picks. They grade each team. Of course, each ‘expert’ has a different grade for each team.

One ‘expert’ gave the Green Bay Packers an A+ another a B+ because of ‘blah’  ‘blah’ ‘blah’…..  What these ‘experts’ don’t tell you is that they have no idea which player will excel and which will flounder or disappoint.

Some players might flourish under a certain system or coach and then fail under another. I believe if the talent is there it comes down to situations and coaching.

The drafting teams really have no way of quantifying character. Will the player be coachable? Will he fit in with his teammates? Can he handle all the pressure involved in the NFL?

As I said the only true test is how the draft pick performs on the field. Will he help us win?

Some teams traded future picks to move ’up’ in the draft to pick the ‘right’ player. This is much like trying to pick the next ‘hot’ stock and next ‘hot’ asset class.

Other teams like the Packers, Ted Thompson, Cherishes each draft pick. These managers believe in diversification. They know that trading and draft picking do not work over the long term. They know that you cannot predict a players’ success based on his past performance.

Some picks will work out great and some will be ‘busts’. There is no way of predicting which it is.

Like investing the successful teams build each year with diversified picks. They do not look for the ‘one’ guy to bring them to the promised land. The Super Bowl.

Predicting the next great player is like listening to The Jim Cramer Show. Each day Jim gives his ‘hot’ picks. He also gives his prediction of the future, ie, which way will the market go over the short term. His record, if you check, is quite poor.

As an investor, you need to ask yourself. Do you want to predict the next ‘hot’ stock or next ‘hot’ asset class? Or do you want to develop a diversified portfolio with consistent success?

As with the NFL. The next step to success is coaching. With the guidance of an investor coach/fiduciary adviser you will have the necessary discipline for long term investing success.